You are here: Home / What’s on / Past exhibitions / Griffith John / Shanghai

Griffith John was the first missionary from Wales to set foot in China. He and Margaret arrived in Shanghai on 24th September 1855.

His first task was to learn the language. This was extremely difficult because Chinese is very different from both English and Welsh. He had to master six thousand characters that were in constant use.

John had always been an impressive scholar. After only six month’s study he was out in the streets of Shanghai preaching the gospel. 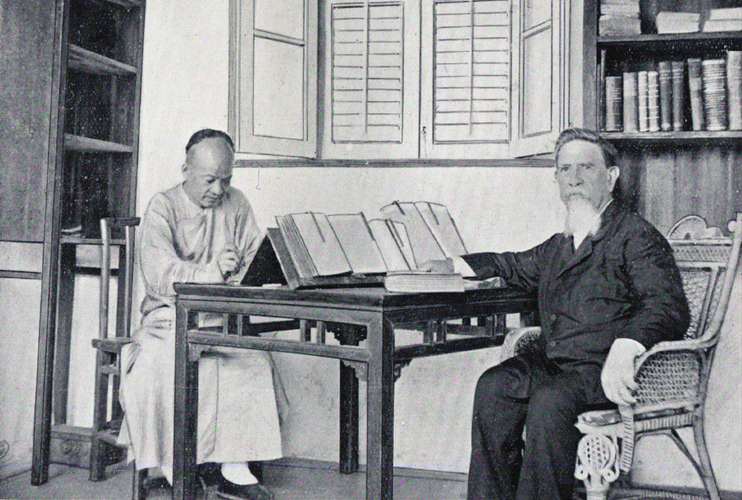