You are here: Home / What’s on / Past exhibitions / Griffith John / British and Chinese Relations

When Griffith John arrived in China foreign trade was restricted to just five ports, including Canton and Shanghai. This restriction made trade between the British and the Chinese very uneven.

Low Chinese demand for British goods and high British demand for Chinese goods (tea, silk, porcelain) meant that British traders had to pay for goods with money rather than by trade.

In an effort to find a new market in China, Britain began importing opium. Opium addiction became a serious problem amongst the Chinese population. Griffith John saw the damaging effects that opium was having on smokers and their families. He remained opposed to opium throughout his time in China. In 1890 he became a founding member of the Permanent Committee for the Promotion of Anti-Opium Societies. 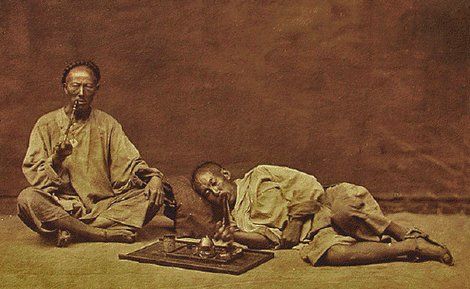