You are here: Home / What’s on / Past exhibitions / Griffith John / Health 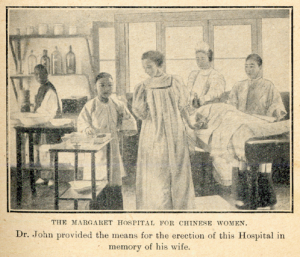 Griffith John was a well loved figure amongst the people of Hankou. He provided the region with a range of services which meant the area was very advanced in terms of health and education. He built his first hospital in 1866. By 1901, John’s work had produced a large well- equipped general hospital in Hankou, five other general hospitals in neighbouring provinces, two women’s hospitals and a leper asylum.

The women’s hospital in Hankou was financed mainly by Griffith John himself. He named it the Margaret Memorial Hospital in memory of his first wife. The hospital employed a number of female workers. As Chinese women were happier being treated by female doctors this paved the way for female Christian workers elsewhere in Hankou. 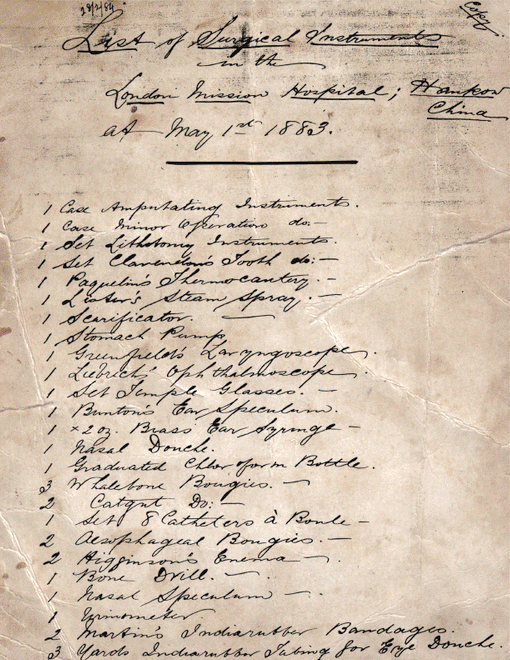