You are here: Home / What’s on / Past exhibitions / Griffith John / The Opium Wars

To try and address the problem of opium smoking the Chinese authorities banned the importation of opium. However, the British continued to smuggle it in to China. In 1839 the British Chief Superintendent of Trade was forced to hand over their opium stocks for destruction in Canton. This outraged the British and sparked the first Open war which lasted until 1842.

Relations between Britain and China remained very poor and the Second Opium War broke out in 1856. In 1860 the British and French armies defeated the Chinese in battle. After this final defeat the Chinese negotiated the Treaty of Tientsin which stated that ten new ports were to be opened for trade.

The treaty also enabled foreigners to travel through the country for the first time. This allowed Griffith John to widen the scope of his missionary work. 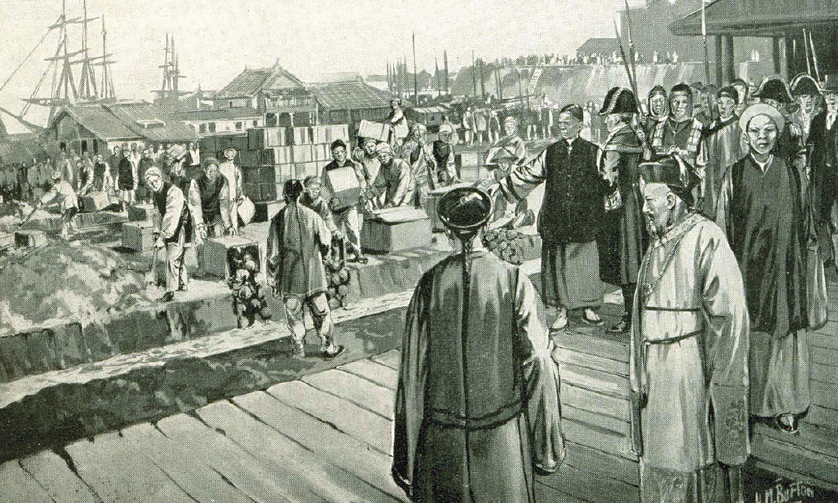