You are here: Home / What’s on / Past exhibitions / Griffith John / Missionary Mission

In 1850 Griffith John entered Brecon Memorial College to train for the ministry. It was here that he became committed to become a missionary after hearing a speech given by a veteran about his work in  Madagascar. John was soon accepted by the London Missionary Society.

John’s ordination for the ministry took place on 6 April 1855 at Ebenezer. One week later he married Margaret Jane Griffith, the daughter of a former missionary. He accepted the call from China and left for Shanghai three weeks later with Margaret. 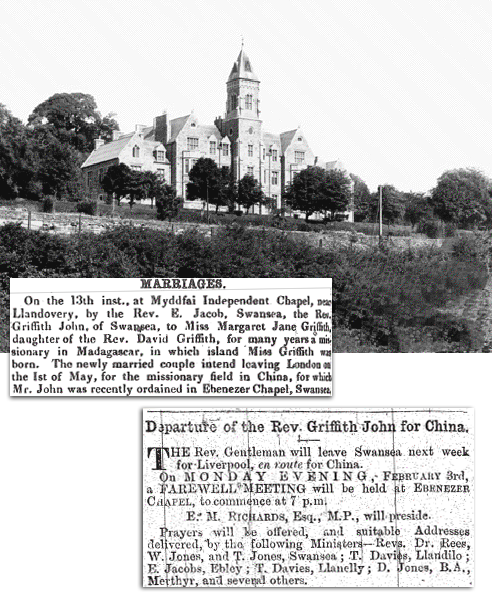