You are here: Home / What’s on / Past exhibitions / Griffith John / The Scourge of Cholera

Cholera was rampant in the densely populated Greenhill area of Swansea during the Nineteenth Century. The water supply came from local wells and the heavily polluted river Tawe.

A reservoir built in Brynmill in 1845 provided clean water for the wealthier southern and low lying half of the town but did not reach the higher ground around Greenhill. Periodic and deadly epidemics of cholera were common as people were forced to drink contaminated water.

The summer of 1849 saw a major outbreak of cholera which caused over 150 deaths in Greenhill. Griffith John’s father lost his life during this outbreak. At the age of just seventeen, John had lost both his parents to cholera. 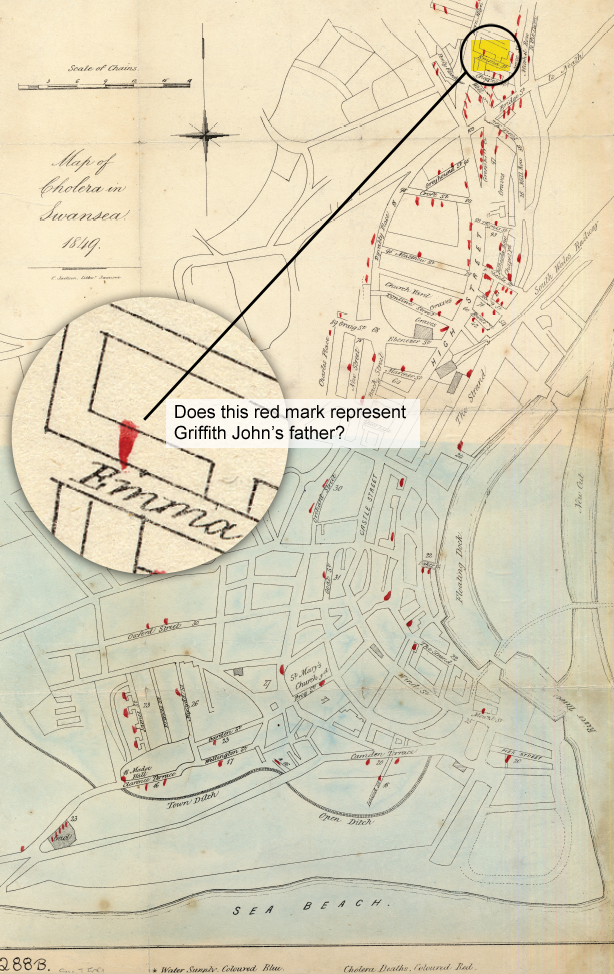