You are here: Home / What’s on / Past exhibitions / Griffith John / The Move to Central China 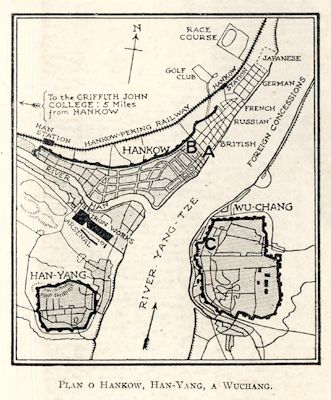 Hankou lay at the heart of the Chinese empire. Due to its position on the Yangtze River it was the main trading centre for the whole of central China.

Today Hankou, along with the neighbouring Wuchang, makes up the vibrant commercial city of Wuhan.John came to Hankou with his family and a fellow-missionary.

They rented a small house where they immediately set up a chapel. John’s first convert was baptised in 1862. He encouraged Chinese converts to preach the gospel in neighbouring towns.