You are here: Home / What’s on / Past exhibitions / Griffith John / ‘A Noble Life’

Griffith John celebrated his jubilee as a missionary at Hankou in 1905. Thanksgiving services were held in the chapel and main hospital. Two years later John’s jubilee was also celebrated as part of a missionary exhibition held in Victoria Park, Swansea.

By 1911 his health was declining and he finally left China after 56 years of service.

John died in London on the 25 July 1912. His body was brought back to Swansea for burial. News of John’s death was widely reported and vast crowds packed the streets around High Street Station. The funeral service was held at John’s childhood chapel of Ebenezer. He is buried at Bethel Chapel in Sketty. 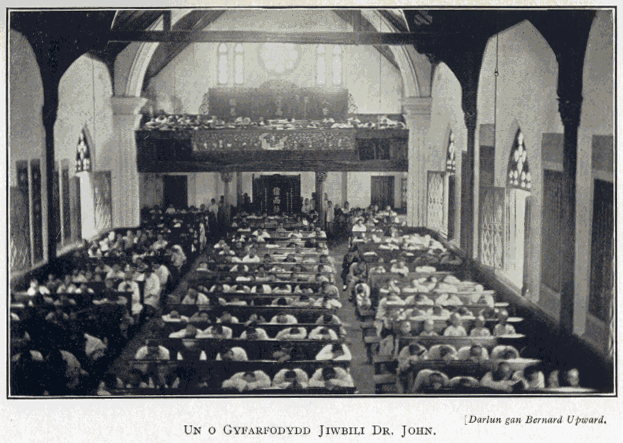