You are here: Home / Visit Swansea Museum / Boats and ships on display

The Museum has many boats in its collections and two of these are kept floating in Swansea Marina – the lightship Helwick, a tugboat called Canning. 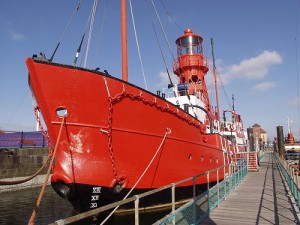 Lightship 91, known as ‘Helwick’, spent much of its life warning ships about the Helwick Sandbank in the Bristol Channel.

There is no public access to Helwick but she can be seen clearly from the pontoon and dockside. 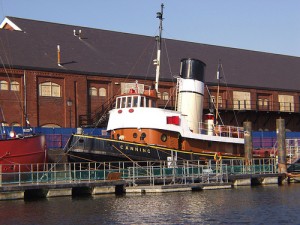 Tug boat ‘Canning’ was built in 1954. She is an oil-burning steam tug who worked from Swansea Docks from 1966.

She retired to the Museum in 1975. There is no public access to Canning but she can be seen clearly from the pontoon and dockside.