You are here: Home / Swansea – a brief history / Archaeology / Cave archaeology and the Pleistocene 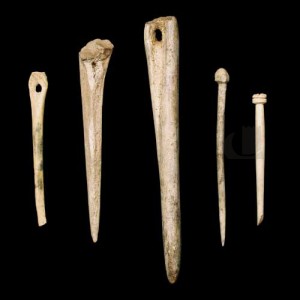 The Gower coastline as well as being Britain’s first area of natural beauty, is also an internationally important archaeological heritage site.

The Gower bone-caves cover a relatively small area geographically, yet they have revealed a rich variety of fauna. Minchin Hole is the largest of the coastal caves; it has been excavated extensively yielding remains of prehistoric animals, bison, hyena, elephant and the soft-nosed rhinoceros.  Bacon Hole, so called because of the red oxide streaks on the cave walls, is situated in the cliff-face west of Deepslade, Pennard.

Evidence has been found here of occupation by man during the Iron Age, in Roman times and in the Middle Ages as well as prehistoric animal remains, such as those of the cave bear.

Longhole, a bone-cave situated nearly forty metres above the high water mark on Overton Cliff, west of Port Eynon Point has also yielded a considerable number of remains and implements including Palaeolithic flints.