You are here: Home / Swansea – a brief history / Archaeology 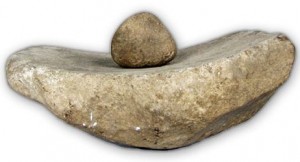 To the archaeologist, whether enthusiastic amateur, historian or scientist, Swansea and the Gower Peninsula have revealed a rich past.

From the internationally important Gower bone-caves, for example the Paviland caves (the earliest scientifically excavated cave site in Britain), to Bronze Age burial sites, Iron Age hillforts,  and Medieval buildings that remain at the heart of the city.  Each site has been discovered and carefully excavated, the finds recorded and interpreted to reveal an astonishing human history of man’s cultural evolution in south-west Wales.

The Museum at Swansea exhibits an archaeological timeline designed around artefacts from each of these historical periods.  It also houses archaeological exhibits from around the world, Italy and Greece, Cyprus and Cyrenia as well as a fascinating Egyptian mummy named Hor.

Cave archaeology and the Pleistocene